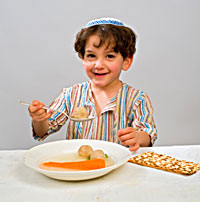 Jewish philosophy refers to the conjunction between serious study of philosophy and Jewish theology.

According to traditional Jewish Law, a Jew is anyone either born of a Jewish mother or converted to Judaism in accord with Jewish Law.

American Reform Judaism and British Liberal Judaism accept the child of one Jewish parent (father or mother) as Jewish if the parents raise the child with a Jewish identity. All mainstream forms of Judaism today are open to sincere converts. The conversion process is evaluated by an authority, and the convert is examined on his sincerity and knowledge.

Traditional Judaism maintains that a Jew, whether by birth or conversion, is a Jew forever. Thus a Jew, who claims to be an atheist, or converts to another religion, is still considered by traditional Judaism to be Jewish. However, the Reform movement maintains that a Jew who has converted to another religion is no longer a Jew, and the Israeli Government has also taken that stance after Supreme Court cases and statutes.

The question of what determines Jewish identity in the State of Israel was given new impetus when, in the 1950s, David Ben-Gurion requested opinions on mihu Yehudi

("who is a Jew") from Jewish religious authorities and intellectuals worldwide in order to settle citizenship questions. This is far from settled, and occasionally resurfaces in Israeli politics. 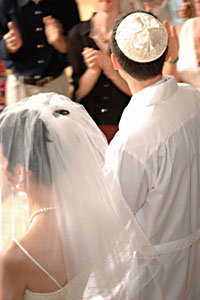 The total number of Jews worldwide is difficult to assess because the definition of "who is a Jew" is problematic as not all Jews identify themselves as Jewish. And some who identify as Jewish are not considered so by other Jews.

In addition, intermarriage and the declining birthrate have influenced Jewish population figures. Although, conversion to Judaism may help to offset this slightly.

In 2001, 8.3 million Jews lived in the Diaspora, and 4.9 million lived in Israel. Diaspora is the body of Jews, or Jew communities, outside Palestine, or modern day Israel. This is the dispersion of Jews outside of Israel from the destruction of the Temple in Jerusalem in 587 - 586 BC when the Jews were exiled to Babylonia up to the present time. Babylonia was located in Iraq, some 55 miles south of Baghdad.