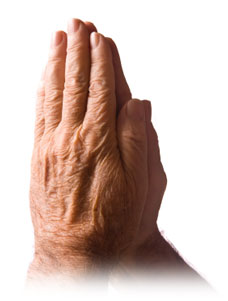 Each of us has heard many views on religion.  Perhaps we grew up in a religious environment and our parents and relatives were eager to share their particular religious beliefs.   Perhaps we even shared some of their religious ideologies ourselves.

For many of us religion was an important part of our upbringing. Perhaps you served as an "alter boy," or Acolyte.  Many religions ask that children play an active role in services and rituals.

And even if our family did not take religion seriously, we couldn't help but be exposed to religious beliefs in the news, in schools, and in the community.  Most everyone has an opinion on how to compare religions, and why you need to have a particular view. And most are eager to let you know what you should be thinking.

Certainly television offers plenty of opportunity to compare religions.  Do a little channel surfing and you can find many channels dedicated to one religion, or an other.   Of course these channels are mostly Christian, so if you want to compare religions like Islam, Buddhism, or even Judaism you will have to look a little harder.

And from time-to-time even our Presidents like to add their views.  What Presidential speech doesn't end with "God bless America" at the end.

Yet even though our day-to-day worlds expose us to many mainstream viewpoints there are other faiths and religions that we may know little about.  Certainly the average person in America would not usually be exposed to Hinduism or Buddhism on any deep level.  And there are many other faiths that fall into the class of "don't know much about it."

There are many Religions to Compare

Outside of the five major religions, it is quite difficult to find accurate information about the other religious groups. More obscure religions like Scientology, Baha'i, Mormon, Unitarian Universalist, and even Atheism are not in the mainstream of our society in terms of the news, the culture, or on television. Yes, Atheism if a form of religion, too -- or at least a belief.

And there are many other religions.  Many are sects within a particular main belief system.  For example, here's a list of the top 15 religions ranked by the size of their following.

So anyone who wants to delve into the details and compare religions has a challenging job on their hands.  And if they want to explore the many lesser known religions well, ....it may be a life's work.

But Really... Why Would Someone Want To Compare Religions in the First Place?

The sincere desire, or perhaps need, to compare religions comes from questions and doubts in our minds about what we believe, or have been taught to believe.

Those doubts may have come from a traumatic moment in our life.  Perhaps a death, or a loss of a job, a marriage breakup, or even chronic depression. Whatever the cause, it forces us to ask the question... why me?

When we reach an impasse in our lives, a moment of emotional turmoil, we may naturally be drawn to the religion we are most familiar with.   And then the question becomes does our religion work.  Does it answer the questions? Does it meet our emotional needs at this critical time?

So what if it doesn't?  What if our religion's God doesn't seem to have the "answer?"

We may even ask ourselves 'if there really is a God, why would that God let something like this happen'.  It's natural and human to search for a solution to this emotional dilemma. 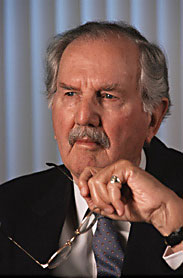 When we get older and closer to our deaths it may inspire us to reexamine our belief system. We may feel that time is running out in our lives, the end is near. We want to know... Is there an afterlife? Is there a heaven? What will become of me?

These questions can lead to fear and confusion. Perhaps we realize that our own religious beliefs are not adequate to relieve that fear or confusion. Now what?

Maybe it's time to look around at other belief systems. Do other religions offer a better answer for us.

What Happens After Death?

Does Christianity's view of an eternal heaven and a merciful God work for you? But what about Hell?  That's eternal too.  Do you want to take that risk?

Islam has the same view... paradise or hell.  No middle ground.  No second chance.

How about reincarnation?  Hinduism believe that you keep coming back to earth until you are enlightened (transcend an earthly life).  Scientology believes in reincarnation, as do other belief systems.

There's much to think about.

But how did we get here?  What has caused us to reach this point?

Dark Night of the Soul 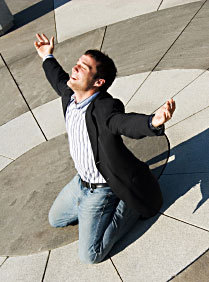 The great book Dark Night of the Soul written by Spanish poet and Roman Catholic mystic Saint John of the Cross, a Carmelite priest in the 16th century, speaks of this crossroad in one's life. The texts tell of the saint's mystical development, and the stages he is subjected to on his journey towards union with God.

What is this dark night that Saint John writes about?

As it relates to the Christian tradition, he says that one who has developed a devotion to God suddenly finds traditional prayer extremely difficult, and unrewarding for an extended period of time during this "dark night."   The individual may feel as though God has suddenly abandoned them, or that his or her prayer life has collapsed.

In the most pronounced cases, belief is lost in the very existence of God and the validity of religion, turning the individual into an atheist -- even as they bravely continue with the outward expressions of faith.

In many ways this is "the moment of truth" that everyone must face to be in a ripened state for salvation or enlightenment — for union with God.  Many religions talk about this final "battle with the devil" as the crucial point where God is finally accepted, or abandoned -- where truth and acceptance finally take hold, ... or not.

As one Buddhist described the Dark Night of the Soul...

"The simplest way to explain this, is that one no longer feels the presence of the Divine, because the separation from the Divine has disappeared, melted into the I AM.  You cannot feel God-dess because you *are* God-dess.

The loneliness is Divine.  God-dess was lonely, being One and infinite, and so created us- the illusion of separation, in order to experience love.  When the illusion ends, as part of the process leading to self realization, the experience of Divine love ends too... but the dark night is temporary.  You will experience the love and presence again, when you come out the other side and evolve into Self Realization and start to see your lovable Divine Self reflected in everyone and everything you meet.

The dark night experience mostly, must simply be endured. Remembering "this too, shall pass" is helpful, the dark night will eventually end in a glorious dawning of a new sense of self, abundant renewal, rebirth and joy."

So you can see this period in spiritual development is in some ways common to all religions.  Many aspirants must reach this point where the previous answers no longer work.  They feel that the God they knew no longer exists. They are beginning to feel that the emptiness cannot be filled.   There MUST be something more.

Even Christ during his time in the desert, often called "The Last Temptation of Christ" refers to the temptation of Jesus by the devil as detailed in the Christian gospels.  Christian translations often use the name Satan to describe Jesus' adversary, the devil, in this narrative.

According to these texts, after being baptized, Jesus fasted for forty days and nights in the desert.  During this time, the devil appeared to Jesus, and tempted him to demonstrate his supernatural powers as proof of his divinity -- each temptation being refused by Jesus with a quote of scripture from the Book of Deuteronomy of the Jewish Bible.  The Gospels state that having failed, the devil departed, and angels came and brought nourishment to Jesus.

Similar accounts of other avatars of major religions also talk of this final gate that many tried in their quest to understand God.  Buddha talked about a similar experience in particular, but the strange part is that Buddha was an atheist.

Does this mean that there are as many similarities as differences between religions?

Examining these similarities and differences is our quest.

The answers may surprise you.

And that is why we need to compare religions.  We need to view God from different perspectives.  We need to see the questions in a new light... until God, or is it our own inner voice, finally answers these questions.

and the way to Heaven is simply through faith in the Lord, God, and fulfill God's will.   God's will is found most clearly in The Ten Commandments.

and the way to Paradise si to adhere to the teachings of the Qur'an (in English, Koran), ardent devotion, and performing good deeds.

Hinduism says that the goal is to achieve a "higher state of being" with Brahman,

and the way is through Reincarnation in a new body, and thereby, improving the Soul, to achieve an Oneness with Brahman (God).

and the way to Heaven si to follow a fellow by the name of Jesus, his teachings and instructions, whom God sent down to planet Earth to help people understand.

Buddhism says there is not a Heaven,

and the goal is achieve the state of Nirvana, which is a condition and not a place such as Heaven, or Paradise.

The other isms (Humanism, Narcissism, Agnosticism, Monism, Atheism, and the like)

Take the next step, and purchase the book.  The book, The Major Religions Of The World... Revisited, is succinct, and gets to the core issues -- the key questions.  You do not have to read the 'entire library' to understand the differences!

It is comparative, and addresses the same key questions of each religion.  A Creator?  Origin of the Earth?  Origin of humankind?  Origin of evil & suffering?  A messiah?  Reconciling with God?  What is each religion's role, their purpose?